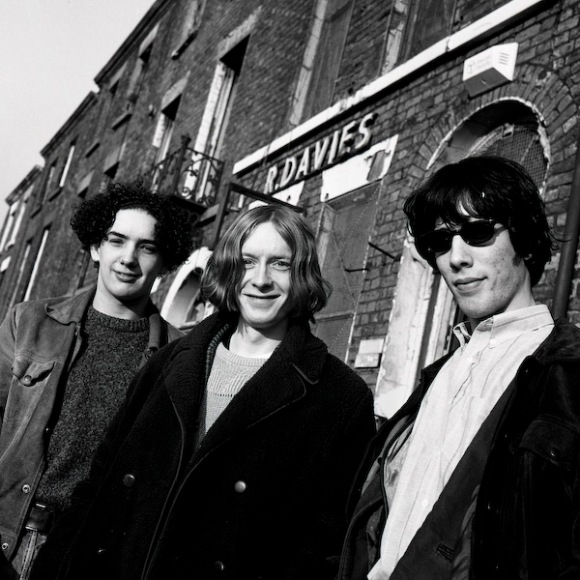 My memory of this particular evening is even foggier than most of the ones from around that time. It could be that it’s from at least twenty five years ago now and that some of those nights out with friends and music sometimes blend together and I would hazard that perhaps there was some alcohol involved.* To be honest, I’m not even sure what year it was exactly (I am guessing ‘93 or ‘94) or even what season of the year, though I am thinking winter because I am remembering wearing cold sneakers and winter jackets piled high on chairs.

My friend Andrew Rodriguez was there because it was surely him that dragged us to that spot that night, and perhaps so was Tim or John, someone with wheels to bring us in to the big city. As to the where, that might be the foggiest of all because I haven’t a clue of the destination that night. Indeed, it was a ‘night’ that had migrated to a few places, the DJ bringing his dancers to wherever he landed. I think it might’ve been ‘Blow up’ or a precursor to it, one of those ‘dos that started late, say 11, and went even later. The venue for this particular event, though it goes nameless to me to this day, I remember as being off for a dance party, lots of tables and very little dance space, like it was a restaurant by day, lots of windows to look out at the city streets beyond.

At some point that night, I heard the shaking of the maracas (or what sounds to me like maracas) and placed this song from wherever I was and ended whatever conversation with whomever it was with and joined Rodriguez, who was already out on the tiny raised platform that served as a dancing space. I had to be quick because the song is a short one, clocking in at just over two minutes. Rodriguez and I jumped and jostled all over the place, matching the bass line and the arpeggiating and repetitive guitar hook, always being careful not to spill our beers. And at the same time, using said bottle to join the lead vocalist in channeling Mick Jagger in our minds. Of course, to everyone else it probably sounded more like yelling and screaming.

It was with this night in mind that I went back to the internets a decade or so ago to track down “The weed bus” by The Stairs. It was a song that I loved but had never, ever heard anything else by the group. With further digging, I learned that The Stairs were the trio of Edgar John, Ged Lynn, and Paul Maguire that held cult status in many circles and of course, I also unearthed the group’s lone album, 1992’s “Mexican R’n’B”.** And this whole album is wonderful stuff to me. The production is purposely lo-fi and recorded in Mono to capture the feel of all that 60s garage and psych rock that influenced them. And yeah, yeah, yeah, some might say that the virtual name-checking is too in-your-face but to that I say balderdash! The energy is just so great, how can you not but love it?

* Before you start making some connections that aren’t there, the fuzzy memory had nothing to do with another stimulant not so subtly referred to in this song’s title.

** Those select few who are familiar with the group will already know that “Weed bus” was actually released on an EP of the same name in 1991 but I’m still including it here for 1992 because well, it’s my rules.

that was always the challenge – to dance along, without spilling a drop of the pint!

It was easier back when we drank from bottles, smaller hole to spill from, but that was before I truly understood beer.