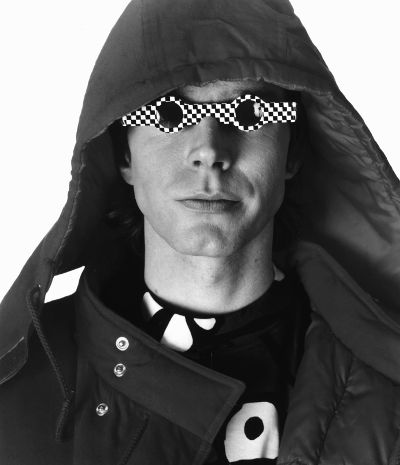 In the series on my favourite tunes of 1991 that I recently wrapped up, I spoke time and time again of the songs, and the artists that performed them, being discovered during my late Friday nights watching and recording videos off MuchMusic’s City Limits. I’ll try not to flog that horse too much in this series, though it is probable that a good many of the upcoming tracks were discovered there as well. Yet for Happyhead’s “Fabulous”, I cannot keep from mentioning City Limits because if I hadn’t recorded the hilarious video to video cassette tape while watching it, I very likely never would have heard the song ever again.

Looking back at it now, the video is a bit too obvious and garish, but at the time, it felt pointed and just anti-establishment enough to catch my attention. Of course, in those days before the internet and the unlimited information and gateway to music, this recording was my only access to the song, given that commercial radio in North America wasn’t exactly jumping all over Happyhead. And there was no way of me knowing then that the act was a short-lived project by ex-Shriekback lead singer, Carl Marsh. I only discovered this nugget of information years later when “Fabulous” occurred to me out of the blue and I hunted it down and re-immersed myself in its pure joy and fun.

One of two singles released off the group’s only album, “Give Happyhead”, “Fabulous” is representative of a time and place where Madchester insanity was leaking into mass culture and serving up bands like Stereo MCs, EMF, and Jesus Jones. It is funky drumming and tambourine hip-shaking, an awesome guitar line and wailing solo just before the bridge, and faux scratching throughout that definitely betrays the song’s provenance. Marsh’s sing/speak vocals sound like a cross between David Byrne and Tom Hingley, ringing the bell tower alarms against the inevitable onslaught of hyper-commercialism and capitalism in the media.

“Eat this. Drink this. Drive this. Charge it.”

I don’t remember the tune – but I certainly remember that early 90s fashion!

Haha. Wonderful wasn’t it? When’s that coming back in style?

fashion tends to be cyclical – so I imagine any time now!

Well, it seems to be the eighties again now so maybe next decade…