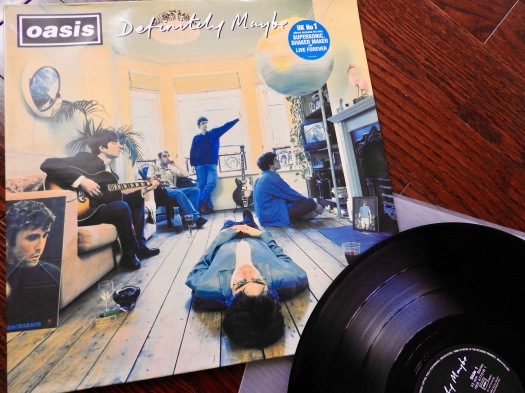 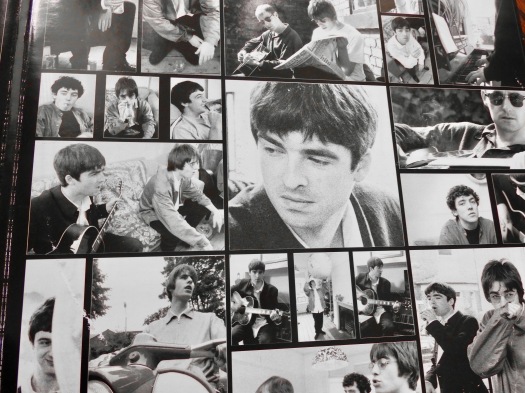 The skinny: A few weeks ago I posted about how purchasing Oasis’s b-sides compilation, “The masterplan”, completed* the Oasis section of my vinyl collection. So I thought I might spin and take pics of the rest of said section over the next few weeks. (Don’t worry, I don’t have everything they ever released, just the important pieces.) And as mentioned in the preamble to my record collection list, Oasis’s debut album, “Definitely maybe”, was one of two albums purchased by wife at a Greenwich Village street sale, effectively kick-starting my obsession with vinyl. Not coincidentally, it is also one of the only two used records in my collection. As your can see by the pics, the album’s sleeve is not perfect, yet in pretty good shape considering its age. However, the sound that comes from the discs’ grooves is immaculate. Victoria once told me that she wouldn’t be offended if I wanted to dump this record in favour of a new reissue but the thought has never crossed my mind. It already has that built-in sentiment because it came from her. And oh yeah, the album? In my opinion, it’s up there amongst the best debut albums ever.

* I say ‘completed’ but I might be tempted if I ever found certain EPs or singles on vinyl out there in the wild.

The skinny: This album was my first introduction to the band that I would grow to love and the CD copy I had of it followed me from high school into university and beyond. The Canadian folk rock group that spawned the alternate Canadian anthem, “Home for a rest”, ventured into alt-rock territory with “Go figure”, enlisting drummer Vince Ditrich to fill out their sound. (I’ve been dying to track down any of their albums for my vinyl collection so snapping this up from their website when they put it up for sale two weeks ago was a no-brainer.)