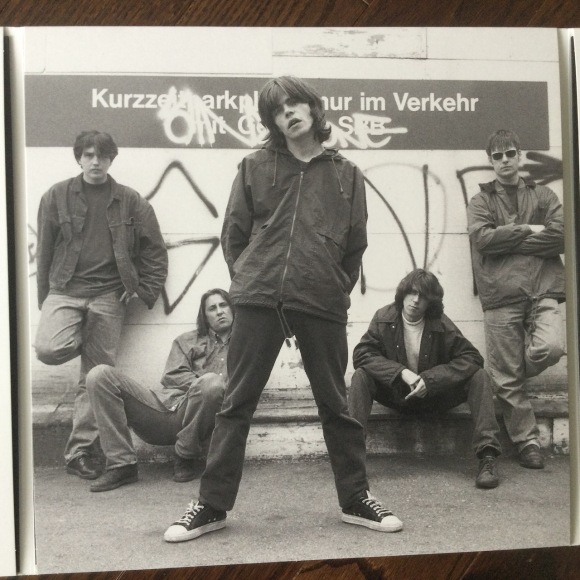 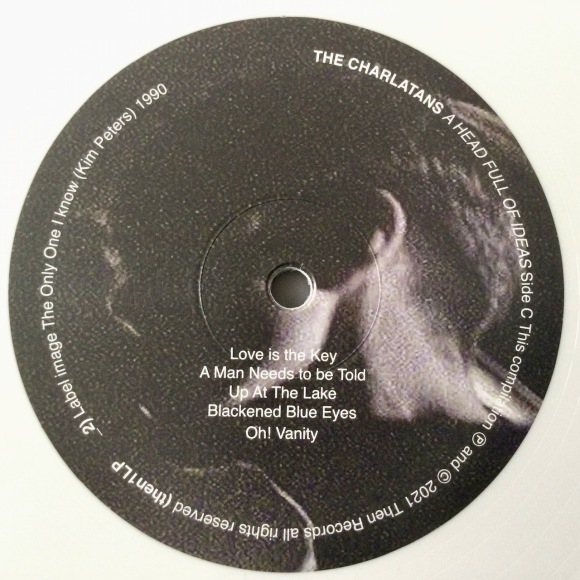 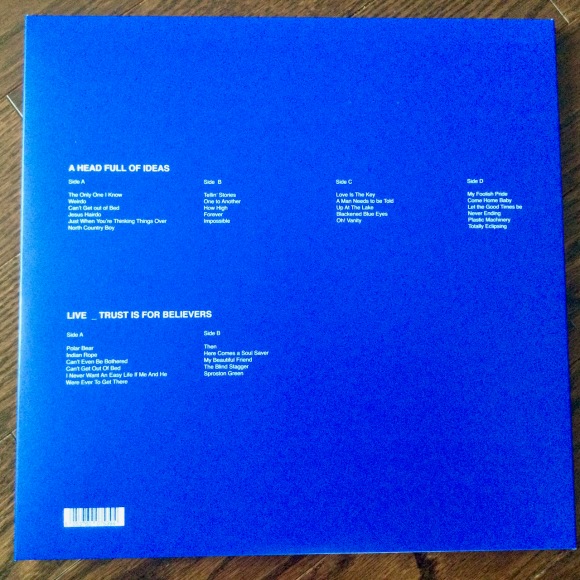 The skinny: One of my favourite bands for most of my life, The Charlatans (or The Charlatans UK in North America), were all set to celebrate their 30th anniversary last year. Of course, COVID derailed that, just as it did everything. Instead, the group announced plans to celebrate their 31st anniversary earlier this year, including a tour in their native England and a career spanning compilation. Of course, I jumped right on the pre-order for this white opaque, three disc version and it just arrived in the mail a few days ago. The first disc glosses over the highlights of their heyday in the 1990s. The second disc collects everything that has come from this surviving and thriving group since the turn of the century. And the bonus disc includes live cuts of tracks that haven’t appeared on the first two, recorded at a number of different shows throughout their whole existence. It’s a great collection that illustrates the group’s resiliency and chameleonic evolution, a nice trip down memory lane, and well, the autographed photo insert is just a nice touch.

Standout track: “The only one I know”

In the very first post in this series, I made mention of the compilation, “The Help Album”. It was a charity album to raise funds for War Child, an organization that helps “children in war-affected communities reclaim their childhood through access to education, opportunity and justice”*. All of the songs, along with a handful that were released on a companion EP, were recorded on one day, Monday, September 4th, 1995, mixed the following day, and released to the buying public a few days later, on Saturday, September 9th. The artwork on the copy of the compilation that I still have on CD did not make mention of any of the artists or songs, given how quick everything came together. Instead, a yellow sticker was affixed to the front of the disc with this pertinent information.

The songs on the album are all performed by Irish and English artists that were current at the time and given the year, you might be unsurprised to see that many of them were associated to the BritPop movement. Some of the songs were those that the bands had been demoing for upcoming albums, some were reimagined, previously released songs, and many, many more were covers. Hence, my mention of this album today. And besides this particular cover by The Charlatans of the Sly and the Family Stone tune, “Time for livin'”, Manic Street Preachers’ cover of “Raindrops keep falling on my head” has already appeared in this series at the aforementioned 100 spot and I’m reasonably certain without looking at my list that there might be one or two more songs from this compilation to appear later on.

The Charlatans were one of my favourite bands from the early 1990s. I had adored their first two baggy-infused albums but was slightly disappointed by their third. In early September 1995, however, they were just over one week removed from releasing their fourth, eponymously named album and to me this was a remarkable ‘comeback’ of sorts. And this cover fits right in with the sound and energy of that album, all danceable rhythms, roaring guitars, and Rob Collins’ wailing organs. It actually ranks up there with my favourite recordings by the band, not actually knowing it was a cover until many years later. Then, when I found out, I avoided listening to the Sly and the Family Stone original until just a few days ago because I just couldn’t imagine a different version. I mean, Tim Burgess singing those lines: “Time for changin’, re-arrangin’, no time for peace, just pass the buck. Rearrangin’, leader’s changin’, pretty soon he might not give a f**k.” C’mon!

So apologies to those fans out there of the original, but I’m going with the cover here. You can go ahead and try but I don’t think you’ll change my mind.

* This quote is taken directly from the charity organization’s website.