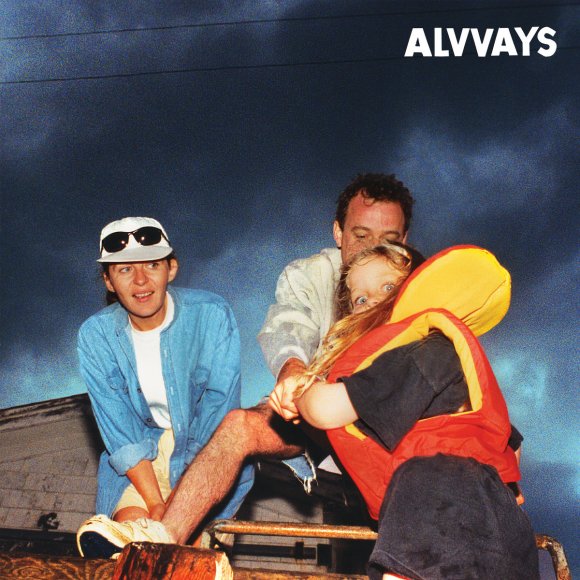 Much has been made about the length of time that has passed between the second album by Alvvays (pronounced ‘Always’) and this new one. Indeed, five years is an eternity in the music world in this day and age, what with trends whipping by at a torrid pace and viral videos and music streaming. And yet one can’t help but refrain from laying blame, what with the events of the past few years, and those being especially pronounced for the Toronto-based indie pop band. In addition to plagues, they’ve had to overcome thefts and floods and changes in personnel, but luckily for all of us, they seem to have come out of this period of quiet all the better for it.

I’ve been following the group led by long-time friends Molly Rankin and Kerri MacLellan, as well as Alec O’Hanley, since the appearance of their self-titled debut back in 2014. I loved the dreamy bursts of sunshine indie pop on the album, the jangly nostalgia, and the youthful maturity of songcraft therein. The follow up was more of the same in taste and texture but showed a progression worth following. Much of this third record, which takes its name from a beverage favoured by the two lead protagonists in their even younger youth, was written shortly after the original touring cycle for “Antisocialites”, around the time that Sheridan Riley joined them on drums and long before Abbey Blackwell replaced founding bassist Brian Murphy. With all the delays, they really did have a fully formed idea of the album when they finally convened to record it in the fall of 2021. My understanding is that it was recorded in much the way you can hear it on the record, front to back, twice through, in one day, but that the mixing and perfectionist refining afterwards took much, much longer.

“Blue rev” is quickly becoming my favourite by the group, if it hasn’t yet achieved that honour. It goes far beyond the borders of their original pigeon-holed territory of light and jangly indie pop and at the same time, doesn’t betray it’s long-time fans. It’s noisier, louder, longer, smarter, more assured, and lots of fun. Like the previous album on this list, I have a new favourite track on the album every day and I expect that to continue as each listen reveals new layers and textures and lyrical gems to behold. The three tracks I’ve picked for your perusal were almost selected at random. Really, you could do no wrong with any track here.

“After the earthquake“: Track three on “Blue Rev” was inspired by a short story collection by excellent Japanese writer Haruki Murakami. It is three-minutes reminiscent of The Smiths but with sharper teeth, spikier hair, and more anger than mopery. It’s a remembering of good times before disaster struck and nothing was the same. And just before the two-minute mark, time stands still and Rankin murmurs and wonders aloud wrapped in a gentle synth wash: “Those days, I’d never let you fall apart. But things fade like the scent of a brand new car. Why would I ever fall in love again when every detail is over the guardrail?” It’s heartbreaking.

“Pharmacist”: The opening track and first single has been called their My Bloody Valentine song. At just over two minutes, it’s shorter than anything (save for maybe “Touched”) on “Loveless” but it’s not any less immediate. The moment the heavy layer of guitars are plopped down in the lap of the otherwise jangly palette, you feel that nervous anxiety put forth by Rankin’s  meeting up with the sister of her ex. “I hear it happens all the time. It’s alright (it’s alright). I know I never crossed your mind.” She sounds reliable and reassuring and then, any questions are put to rest by a flailing guitar solo, as if to say, pay attention, we’re not done with you yet!

“Very online guy”: One of these songs is not like the others. Where the other two were more aggressive and heavy on the noisy guitars, this last pick mines the impersonal and cold tones of 80s synth pop. It’s almost a perfect backdrop to which to set a calling out on reply guy culture and the nastiness of hiding behind the anonymity of ones and zeroes. “He’s only one flicker away. He’s only one photo, one filter away.” Even Rankins’ vocals are obscured and filtered through technological trickery, adding more fun to the chugging beat and sentient synthetic ambience. Brilliant stuff.

We’ll back in two more sleeps with album #1. In the meantime, here are the previous albums in this list:

I have this record high on my list too. Wonder if we have the same number one this year?