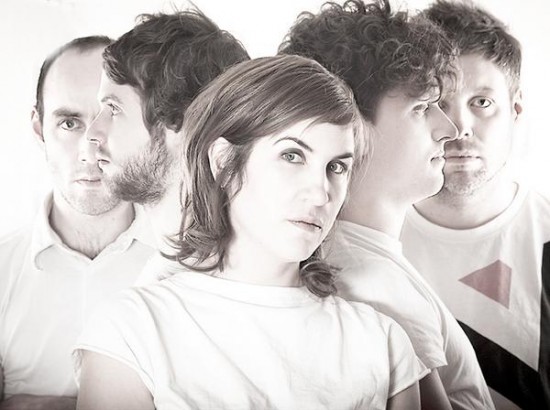 Happy Friday all! Yes. A wonderful Friday indeed because it is also my last day of work this year. I can hardly believe we’ve reached the end of another year and really, another decade. It feels like not that long ago that we were just ringing in the beginning of this year.

So anyway, you may have noticed that I’ve been counting down my favourite albums of the year on each Tuesday for the past few weeks and am poised to unveil my number one on New Year’s eve morning. Well, that’s not the only list I’m hoping to wrap up before the end of the year. I’ve also been quietly trying to get to the end of this Best tunes of 2011 list, quietly because I wasn’t sure I would have the steam to finish up two lists in one month and still have time to go Christmas shopping. It’s looking good right now but we’ll have to see what the next week will bring.

Incidentally, the number two song on this list appears on the album that came in at number one for the inaugural end of the year series on my old blog, Music Insanity. I said back then that Young Galaxy’s third album, “Shapeshifting”, was one that “didn’t resonate with me immediately but with repeat listens, my appreciation grew”. This is a trend that pretty much rang true for the rest of the Canadian indie pop band’s albums, save for their first. No. Their self-titled debut grabbed me right away because it fell right smack into my wheelhouse but after that, they challenged themselves and their fans right with them with each successive release, as their sound and personas changed from psych rock, dream poppers to synth-driven, art pop machines. Indeed, when I wrote about “Peripheral visionaries”, which appeared at number sixteen on this very list, I already talked about how the electronic sound from “Shapeshifting” grew out of a cross-ocean collaboration with Swedish producer, Dan Lissvik, so I won’t tread already familiar ground here.

“We have everything” is very likely the most uplifting and danceable track on the album. Sounding a little bit Blondie, a little bit New Order, and a little bit space rock, it has a toe hopping beat, an addictive synth melody, and Catherine McCandless singing up a storm over top it all. It shimmers and chugs along, ice fog whisping across the monochromatic, old school computer screen, and plenty of lasers flitting, obscuring reality and leaving you screaming for more.

Just watch the video (and while you’re at it, go back and watch the one for “Peripheral visionaries” because they are related thematically) and turn it up. Loud. And just dance. It’s Friday, for goodness sake… 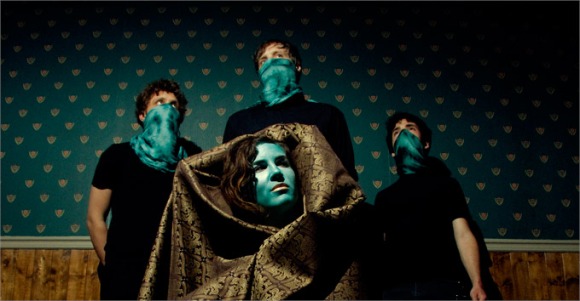 2011 marked something of a shift for Montreal’s Young Galaxy.

The musical project had formed six years earlier on the west coast as a duo: Stephen Ramsay and Catherine McCandless. They moved operations to Montreal shortly afterwards and beefed up their membership to record their first two albums. The 2007 self-titled debut was very much guitar-based, dream pop in the vein of Luna and Spiritualized and its successor, 2009’s “Invisible republic”, added a touch of post-punk to darken things up a bit. Though both were very, very good, neither album gained a lot of traction with the buying public.

For the third record, Ramsay and McCandless recorded it in Montreal with Stephen Kamp on bass and then, when it was finished, they shipped it off to Sweden, giving Studio’s Dan Lissvik free rein to make it over. It was released on Paper Bag Records in February of 2011 and on first listen, Lissvik’s touch was salient and indelible. The music was still rooted in dream pop and built upon the shared vocals of its two principals but the sound was more dance-inflected and somehow bigger in range. It also allowed more space for the McCandless’s beautiful vocals to grow. Indeed, it was here that she first began to emerge as frontwoman, taking on the lion’s share of the singing responsibilities.

“Peripheral visionaries” is track six from “Shapeshifting”. Ramsay and McCandless call and response on the ‘verses’ and come together for the ‘choruses’. And I put those in air quotes because the song doesn’t feel like it fits traditional song structure. It just sort of moves along in its own universe. Pulsing and swaying like an organic and ghostly thing built out of mechanical parts. The vocals even sound roboticized through most of the song, that is, up to the point where they come together at the end in an ecstatic and joyous chant: “We have seen tears from the eyes of God.” It’s a thing of beauty.

Artist: Young Galaxy
When: August 4th, 2012
Where: Trees stage, Osheaga Music and Arts Festival, Montreal
Context: Young Galaxy played their last show for the foreseeable future this past weekend in Ottawa, having recently announced an indefinite hiatus. Unfortunately, I was unable to make the show because I was in Toronto for the Canadian Thanksgiving holiday, so instead, I’ll reminisce a bit and post pics about the time I saw them six years ago at Osheaga. It was one of the excruciating schedule conflicts I had to navigate that weekend: see The Raveonettes for the first time or see Young Galaxy in their hometown. I’ve never regretted my decision. They’re not only one of my favourite Canadian bands but one of my faves from all time and they’ve always been great live. This performance was the year after “Shapeshifting”, their first collaboration with Dan Lissvik, was released and signalled a shift towards a more electronic sound. Brilliant show, all told.
Point of reference song: “We have everything”