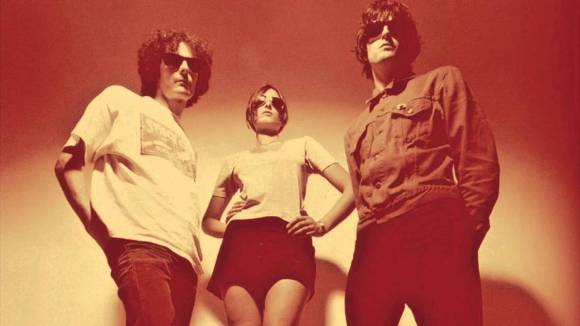 Did you ever discover a band in their very early days with one particular song, a song that you loved so much but then never really managed to find out anything out about them until much later? And by much later, I really mean just a handful of years later when this same band has released an album so mind-blowing that they are instantly a favourite band. And did you then think to yourself “I’m sure I know this band” and go back in your mixed tapes and rediscover that ‘one’ song all over again?

If your answer is ‘no’, you might be too young to remember a time before the internet and Google and Wikipedia, when the discovery of music came by chance, close friends, and hours of listening to alternative and college radio, while poring over music mags and fanzines.

If your answer is ‘yes’, I’ll happily say: “Me too”. Perhaps a few times over.

Two examples of this phenomenon that I always have readily available is (The) Verve and their early single “Slide away” and of course, Spiritualized with “Run”. It wasn’t until 1997 that I really ‘discovered’ both of these bands. Spiritualized’s “Ladies and gentlemen, we are floating in space” was my favourite album that year (“Urban hymns” was very, very close second) and it only took a bit of pre-internet research for me to discover that it was their third record. The hunt for the two previous ones at the CD shops started immediately.

Spiritualized was formed from the ashes of Spaceman 3 when Jason “Spaceman” Pierce acrimoniously split with the other creative force of that band, Pete “Sonic Boom” Kember. The first iteration of Spiritualized was basically Spaceman 3 without Kember but with a few replacements, most notably, Pierce’s then girlfriend, Kate Radley, a distinct band began to rise out of the ether. The sound of their first releases also didn’t stray too far from the tried and true Spaceman 3 sound. Pierce would really hit his stride with that aforementioned 1997 album but their first two albums are very excellent as well.

“Run” was originally released as a single in 1991 but was included on their debut album, “Lazer guided melodies”, the following year and was when I first heard it. The album’s twelve songs are presented as four colour-coded suites and “Run” leads off the ‘Green’ suite, which appeared on the second side of the first disc. Part of the songwriting credits are attributed to J.J. Cale and there’s more than just a subtle wink and hesitant nod to The Velvet Underground here. You know the track I mean. Listening to it, “Run” has got a bass line that rumbles and thumps down, down, down into the depths of your heart. The drums just don’t quit, a droning dream, a brilliant epiphany, loops of ecstasy and rip-roaring guitars. It sounds like a high from which no one should tumble. Yeah. This is how addictions get started. Check it out.

Laser guided melodies is on the 1001 – I’m sure you’d agree, right where it belongs!

Oh yes, definitely should be listened to before you go. Is it still left to be reviewed?

I liked the album, loved the idea of the colour-coded song suites!