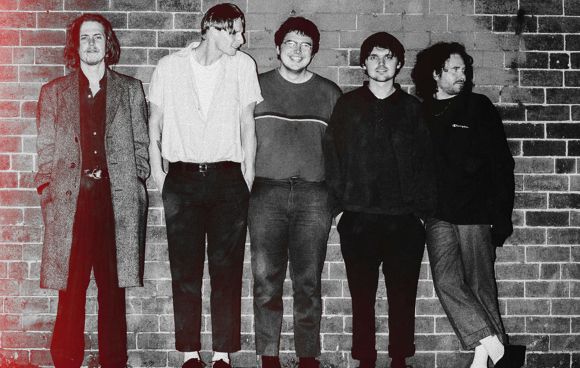 From Wikipedia:
“The rise of modern digital audio workstations dissolved a theoretical technological division between professional and non-professional artists. Many of the prominent lo-fi acts of the 1990s adapted their sound to more professional standards and “bedroom” musicians began looking toward vintage equipment as a way to achieve an authentic lo-fi aesthetic, mirroring a similar trend in the 1990s concerning the revival of 1960s space age pop and analog synthesizers.”

Bedroom pop and rock feels almost like a dirty word to me. I can appreciate the DIY-ness of it all and the ability for anyone with a laptop, a guitar, a synthesizer, or maybe just some good software to create something out of nothing and let it loose on the internet. But on the other side of this shiny bitcoin, there’s also a lot of it out there to wade through, kind of the like the explosion of wannabe YouTubers and influencers. Whenever I hear the term “bedroom” to describe the next big thing, I shudder a little bit on the inside. And then, I proceed to give the act in question a chance, because I’ve discovered more than a handful of artists that got their start in this way.

Hull, England five-piece, Bdrmm*, actually started out as a bedroom project for frontman Ryan Smith. Listening their 2020 debut full-length, “Bedroom”, you’d likely never guess it, though both the band name and album title are none too obvious hints. Theirs is a fully realized shoegaze sound, more guitars than keys, and sounding to this old school shoegaze fan’s ears like the brightest points of early Ride and Chapterhouse. Smith put together the group with family members, friends, and musicians he’d worked with before and released an EP that had them catching the eye and signing with the noisy label, Sonic Cathedral. The debut longplayer was released just a few months into the pandemic, when it seemed like everyone would be chained to their bedrooms for the foreseeable future.

“Well, it’s okay
For you to walk away”

The last song recorded for the ten track album was “A reason to celebrate”, which given that these words don’t appear in the song, feels more like a feeling and an exultation. Though it happens to be my favourite of the bunch, it’s not by a long shot. There’s lots of reverb and layers of guitars to stare at your fingers to, crossing your eyes at them and waggling them about. It’s a blast of inspiration to stir your languid and lazy afternoon on a grey day into something worth exploring. It’s bursting forth from the bedroom into that big old world out there, anxiety and fear be damned, and that’s just damned exciting.

I can’t wait to hear what this group comes up with next!

*You can guess how that’s pronounced.

Well, well, well. Here we are, three quarters of the way through the year and with the end of each quarter brings a new instalment in my playlist project.

You may recall that I was a bit late and a bit slow organizing parts one and two in this series, but they were both great mixes so if you haven’t already done so, go ahead and check them out as well. By comparison, though, I was a lot more on the ball with part three. Perhaps I’m finally getting used to this new reality. Or perhaps I’m sensing an end to this year and I’m subconsciously preparing myself to close things out. Indeed, I had already pretty much wrapped this one up before the end of September and ended up having to make room for the track from Fleet Foxes’ surprise album when it was announced last week. Because, well… how could I not?

This third playlist (like the others before it) is very much a retelling of the season by the music from which it came. These particular tunes soundtracked a lost summer. A season of people relaxing things up a little bit (perhaps too much in some cases) but still keeping aware of the risks this pandemic posed. People were trying to get out into the fresh air, to stretch their legs, to meet up with other people (at a safe distance) on patios and such. To catch up, tell stories, to reach out and try to grab on to some normalcy. There wasn’t a lot of options for travel and the weekend trips that my wife and I were used to taking each summer to get away didn’t seem worth the risk. Still, we took the odd day trip, got out on our bikes, and out into the outdoors on hikes. Yeah. It was a weird summer but these twenty five tunes brought the sun and cheer anyway. Damn it all. Thank goodness for music.

On that note, let’s have a look at some of the highlights of this season’s playlist:

For those who don’t use Spotify or if the embedded playlist below doesn’t work for you, here is the entire playlist as I’ve created it:

1. “A reason to celebrate” bdrmm (from the album Bedroom)

2. “Hasta la vista” Dream Wife (from the album So when you gonna…)

3. “I’m not getting excited” The Beths (from the album Jump rope gazers)

5. “Run it” My Morning Jacket (from the album The waterfall II)

6. “Must I evolve?” Jarv Is (from the album Beyond the pale)

7. “Haha” Dehd (from the album Flower of devotion)

8. “Wrong train” The Psychedelic Furs (from the album Made of rain)

9. “If I told” Courtney Marie Andrews (from the album Old flowers)

10. “Sunflower” Dizzy (from the album The sun and her scorch)

11. “Televised mind” Fontaines D.C. (from the album A hero’s death)

13. “Hard on everyone” Kathleen Edwards (from the album Total freedom)

14. “Our new day” Levellers (from the album Peace)

15. “Mariana Trench” Bright Eyes (from the album Down in the weeds, where the world once was)

16. “My own soul’s warning” The Killers (from the album Imploding the mirage)

17. “Birthmark” No Joy (from the album Motherhood)

18. “Everything starts” Secret Machines (from the album Awake in the brain chamber)

20. “This is not the indie rock I signed up for” Girl Friday (from the album Androgynous Mary)

21. “(We are all mirrors)” Angel Olsen (from the album Whole new mess)

22. “That emotion” Hannah Georgas (from the album All that emotion)

23. “Carousels” Doves (from the album The universal want)

25. “Can I believe you” Fleet Foxes (from the album Shore)

And as I’ve said before, I’ll say again: Wherever you are in the world, I hope you are safe and continue to be well. Until next time, enjoy the tunes.

If you’re interested in checking out any of the other playlists I’ve created and shared on these pages, you can peruse them here.